I started tapping this blog entry as we reached our cruising altitude on a flight home. It’s been a long weekend with a lot going on work-wise.  Good stuff for the cotton business, but there seemed to be more than a few things making me feel a bit off my pace.  I know it won’t be posted til I’m home but I want to capture these thoughts. I’ll need to reread because I’m not so great on the Blackberry for the lengths this will likely go.

Although I’m a frequent traveler, rarely does the person in the seat next to me garner such a reaction. What makes this flight home different?

The day itself has been far less than the stellar day I was hoping for. I have been rained on, delayed, and pushed around, really hungry I even had to run through Atlanta’s airport. But  a few hours ago, I decided I’d keep a positive mindset. So when I saw a very friendly face look up & smile as I reached my row on the last plane of the day, I thought the day was finally taking a turn for the positive. I was looking for improvement too soon though. 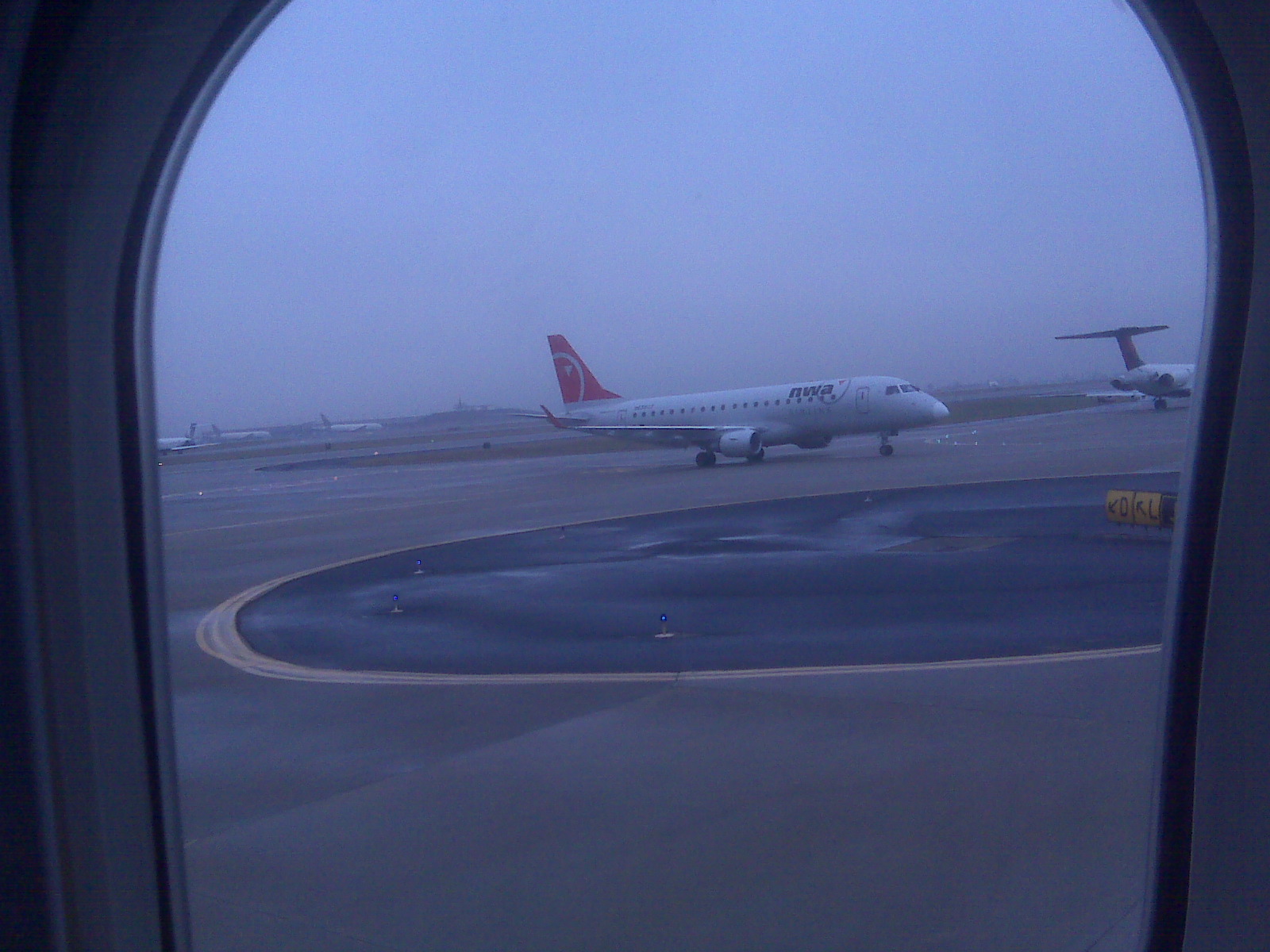 The Atlanta parking lot that caused me to run between flights.

Conversation started off friendly enough, albeit sad. The woman next to me was concerned about a friend sitting in first class. The pair is traveling together, but only one got upgraded. Her friend is in the final stages of lung cancer, so of course my seatmate is deservedly concerned about her.

Our conversation turns to the normal chit-chat that I have to admit I usually avoid on flights. She’s from London originally, hence the accent I noticed she has but she was right it had mellowed since she’s lived in Memphis a long time. I’d been running all day and was just glad to be on the final leg of this trip.  I asked what she does and she says mostly volunteer work now.  She asks me and I reply that I work in the cotton business for a company that improves seeds… its Monsanto & the seeds are called Deltapine.

There was an audible gasp, and her eyes opened so much it startled me. She said “Monsanto is evil.” This is where the stress came in. I have read this before, but the fact that I was hearing it today since I’d been making a lot of effort to stay positive seemed like a test. Really. And to have the person, who I’ve pleasantly visited with for five minutes, looking right at me like I’m evil, having just said that heard I am part of Monsanto. It was certainly a test…a test of the Janice-response system.

Seriously, how often do you call someone evil & mean it? She was dead serious. This was no joke like when friends pull a practical joke & you jokingly say they are evil for playing along.

I paused and glanced out the window at the terminal wishing for a minute I had simply missed the flight, but I knew I had to have more of a conversation.  And while I didn’t take notes, I started typing once the conversation had drifted off …. me to my i-pod and her to a book.  I began to write quickly so I could capture what had just occurred. Hopefully that would make it more accurate.

I turned after catching my breath… “What about Monsanto, exactly, makes you think we are evil?”

“The whole monopoly… biotechnology… forcing your products on the third world… everything.  I am much more of an organic person.”

I explain that I’ve worked in agriculture for almost 20 years, and a little more than two of those years have been at Monsanto.  I’m very comfortable with what we do here. In fact, I have a deep confidence that we are helping improve the world.  I also have a brother who farms organically & I don’t think we have to pick a single way to produce food, but that a combined approach may be best.  I grin and say that I know if my brother and I can talk diplomatically, we can as well.  She laughs and agrees.

“Okay, I’d like to understand a bit more. I don’t see how we can be accused of being a monopoly when my chief competition is DuPont, Bayer, etc. We do ag & ag only. And we do it really well.”

She acknowledges we have major competitors.  Biotech food really bothers her.  She brought up not wanting fish genes in her tomatoes (our company site has a post on this mistaken rumor).  On biotech…I ask if she is familiar with the different kinds of biotech.  I ask if she knows about insect-protected plants, because that was what first exposed me to biotech.  She doesn’t so I want to explain how I see it.

My Experience in Cotton

To me, Bollgard has made the third world a better, healthier place. Early in my career, I had the chance to talk to some researchers at Rutgers and Auburn who were studying life expectancy and medical issues in rural China.  Health in these areas, even life expectancy was better.  Similar research seemed to indicate women farmers and their children in Africa were faring better as well.  And I had heard first- and second-hand accounts all those years ago to corroborate the research

I say I’m probably more of a Peace Corps-type person than she could imagine. My earliest work with biotech was alongside a friend who had worked on water systems in Kenya. The friend worked for us in Africa, and I remember how she would tell stories of farmers who used biotech and advanced seed being able to build a second room on their house or send a daughter to school with the increased revenue.  The farmers and my friend attributed this to the difference of increases in income due to biotech. For me, this is a major part of the power of biotech.

As I share my story, she can see my passion for agriculture. That passion has the power of science, but also a deep-seated belief in doing what’s right.

This connects to something I’ve seen first-hand… having had too many chances to see what science can do to heal. How medicine can make a difference, and that I think people forget how interconnected the life sciences are.  My example is a boy that was in my sister’s class one year who had very painful issues with sickle cell.  I sincerely would take anything from me, a fish, a tomato or whatever to help that boy if I could. To me, biotech offers that hope to both the boy struggling with disease and the world struggling to produce food with dwindling resources.

What about the third world?

We talk about how the people in the third world have the right to make decisions for themselves. I believe people deserve the opportunity to produce food for themselves so starvation isn’t such a plague. When I share this belief with people, it is frequently met with a similar concept…my seatmate brought up birth control .   I’ve gotten strangely used to hearing people bring up population control it seems as the option to growing more food.  But I don’t see it as either or.

My friend Percy from South Africa has been on a personal mission for more than a decade trying to get better information out in that country.  It’s not just about unwanted pregnancy, but about stopping the spread of HIV, which has a horrible effect in many African countries.  I agree with Percy’s concept–that educating people about practices and providing them access to different technologies can make a difference Biotech certainly has followed similar paths in other places, make it so children aren’t required to farm, let them go to school, let them improve their lives, and people see a different future for themselves.  Of course my concept around access and education includes a comprehensive approach–birth control, education, agriculture, etc.

I was glad to see that this woman, who seemed so friendly, appeared interested in having the conversation rather than shutting her mind down to it.  And I was a bit proud of myself for being able to hang in there.  No doubt directly calling someone evil can be a bit of a hindrance to constructive conversation.  After several minutes of ag discussion, we turned to other topics.

Moving on to Other Things

We talked about the care her friend was getting for her cancer (same specialist my grandmother used and one of the best). They were returning from a wedding in Pittsburgh, and there was a series of things happening there too…flights were complicated. Both of their husbands had to take alternate routes.

Seriously though, the conversation started with what could have been an absolute ender for me if I had “bowed up.”  (Note: guess this is a southern phrase, but it means to get mad and strike back.)  But I took it as a chance to simply have a discussion.  Not to shutdown due to the insult I felt, whether it was intended or not.  As we prepared for the arrival in Memphis, she said she may see me at the bookstore.  And I replied, maybe you’ll keep looking for information on what we talked about – maybe even talk to a few farmers.  She said she had a friend who farmed cotton.  He’s told her he couldn’t imagine farming without our technology, which was reassuring to me.  I left reminding her how drought technology could be critical in a world with diminishing resources.

It was really good to get home. 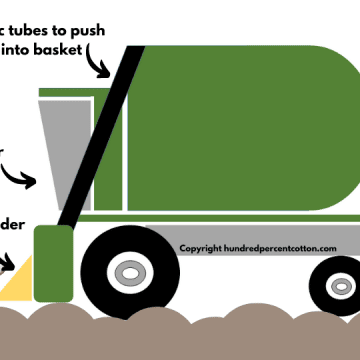 This blog is part of the communications efforts by JPlovesCOTTON LLC.
5 shares