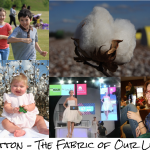 With the guest post series, I had no idea how diverse some of the posts would become and have to admit that Kevin surprised me when he sent me a post he published on the Cotton Boll Conspiracy and asked if I’d like to repost it for his submission.

Kevin’s goal has been first and foremost to write this blog as though he was “the only one reading it. The Cotton Boll Conspiracy exists simply because it’s something I enjoy doing. Its topics are ones I enjoy, find interesting or believe to be of significance to someone somewhere. I never saw a need to attach my name to something that I was essentially writing for my own enjoyment.” So I love that somewhere along the way, he came across cotton as a component for paving roads and that it stuck for him. 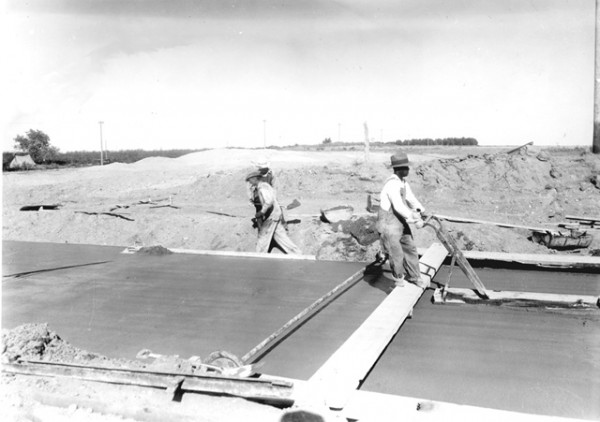 Using cotton as a key ingredient in road building seems difficult to fathom today but during the 1930s it was all the rage, at least for a short while.

Part of the reason was that because in the midst of the Great Depression there was an abundance of three things: Unemployed Americans, cotton and roads that needed to either be built or refurbished. Someone somewhere came up with the idea of combining the three.

Hence, for some time, cotton roads were said to be the wave of the future, and the soft, fluffy staple fiber became a major element in road building across a good part of the US.

The idea apparently came about when a New Deal entity called theAgricultural Adjustment Administration sought ways to increase consumption of American cotton, the price of which had been driven down through overproduction.

At the same time, the Works Progress Administration was on the lookout for a means to create more jobs for the unemployed, and in 1935 the government launched an experiment, dubbed “cotton roads,” that filled both needs, according to Michigan History magazine.

Some 24 states, including South Carolina, participated in the project to use cotton fabric on the road base as a reinforcement.

After a dirt roadway has been graded, a priming coat of asphalt is spread over it. On top of this, strips of cotton fabric are laid like so much carpet and the overlapping edges tacked down. With the pouring of a final coat of asphalt, the cotton is embedded between the two layers, forming a strong reinforcement which is said to prevent cracking and erosion. Gravel is then spread on the surface and a steamroller completes the job. The road costs a trifle more than average but lasts from three to five years longer.

While Michigan History reports that within two years, the venture was deemed unsuccessful and abandoned, a 1944 book titled ”Better Living in the Postwar World” apparently didn’t get the message:

… ’cotton roads’ have been built in a number of states to try out a specially woven cotton mesh used as reinforcement for asphalt highways. ‘Some day, perhaps,’ declared the National Association of Manufacturers, ‘you will ride on partly cotton roads in a partly cotton automobile on partly cotton tires to a picnic where you will use cotton seed oil on a salad which you will eat with a cotton-handled fork.’

And then again, maybe you won’t.

One thing is for certain, a bunch of PR folks somewhere must have been on the ball, because the articles, films and other mentions of the concept behind ”Cotton Roads” during the 1930s are all unfailingly rosy.

Has anyone heard about cotton being used in paving since the 30s?

0 shares
« A Colorful Life of Cotton Memories on a Texas Farm
If it feels good, wear it! »