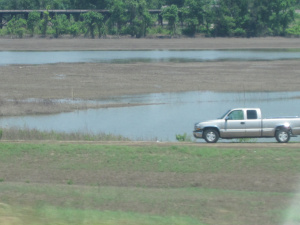 As I drove up to St. Louis last Sunday, I noticed some field work being done. Some planters running. My guess is the crop going in the ground was soybeans as we are getting too late for cotton and definitely too late for corn in Arkansas & West Tennessee. I noticed the sandbags that have been holding water back for more than a month seems to no longer have a job as water levels began going down.

I spent my week in St. Louis working and can’t get over the reports that were coming in from various parts of the Cotton Belt. To say it hurt my heart may sound like I’m overracting, but the photos really do lead to a physical reaction. It is clear there is the potential for a lot of loss. Of course, things can always turn around too and farmers are the optimistic kind. 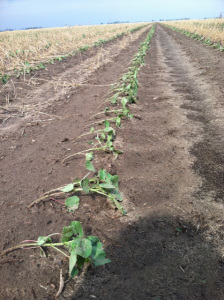 Throughout the week though, photos showed up from friends on social media.

My Twitter friend  Marshall Sigsby is a crop adjuster in Jonesboro, Arkansas. He is nice enough to keep me up to date on the cotton crop in his area with photos now and then.

This week, his first alert was with a photo by Logan Towles who scouts the crop in northeastern Arkansas. It was a really rough Monday near Leachville, Arkansas. It looks like the farmers here had gone so far as to have a wind break of wheat in the field to protect the seedlings and yet that was not enough. Logan also posted a photo (in below slide show) of the impact the weather had on a center pivot.

Marshall also posted a photo of the impact the drought was having in cotton fields in Wilson, Arkansas. The photo looks like something from National Geographic to me. This photo was posted Thursday morning: 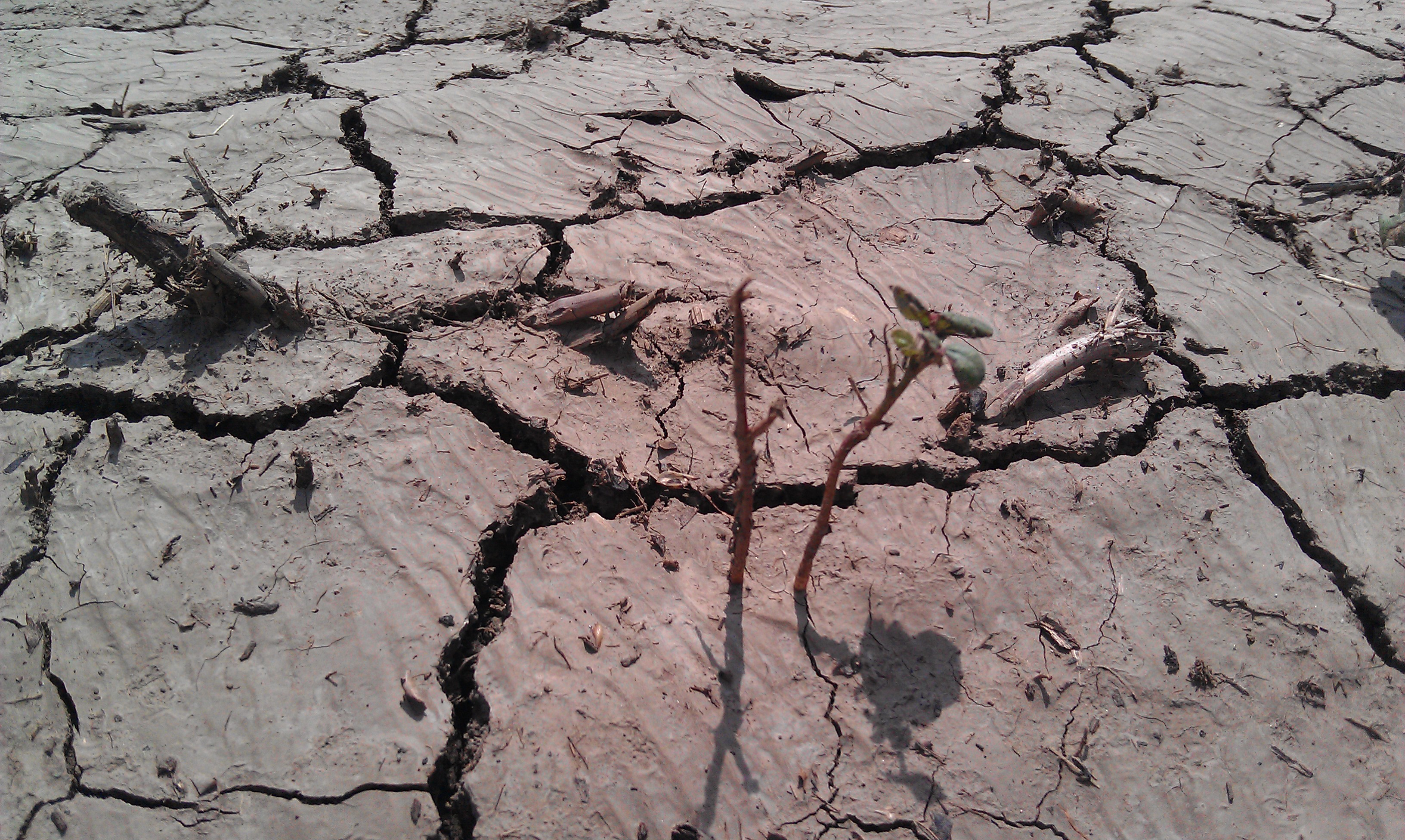 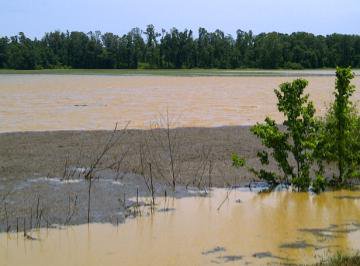 So imagine the shock to plants and people when the next morning people, plants and animals in the region got rain Thursday night! It had been prayed for but some got more than they wanted. In fact my friends Marjory & Bob Walker  seem to have gotten more than their fields can handle just outside of Somerville, TN. On Friday the water was drowning out seedlings that were just emerged. Hopefully other areas got the right amounts of moisture because there is an expectation some of this may be lost.

We have a lot more of the season ahead of us but I have to say with the highest cotton prices of my career, I had truly hoped we would have a good production season. Instead for now I’m seeing drought in the Southeast & Texas and a combination of weather issues in the Mid-South. I hold out hope that things are going well in the Carolinas and maybe out west.

Please help! I would love to have happy cotton folks sending me some pictures! In fact, I am desperate to see them! I may even be willing to get in the car and drive to see it first-hand!