I have to confess, I thought this year was going to be different. If you read the 2019 cotton acreage projections I shared, you may remember that excitement about acres going up. So when I saw that one of my favorite farm Instagrammers would plant their first cotton crop, I had high hopes. Both for the crop and my ability to follow cotton from afar. I could see the photos that were to come and I had visions of her contributing to the blog all year. Just look at this photo she (Lindsay Kimbrell) took of cotton several weeks ago. (And while you are there follow KimbrellFarmPhoto!)

See what I mean? Lindsay is clearly a talented photographer. I appreciate her sending me so many great shots for this story. I’ve gotten a bit ahead of myself though….. 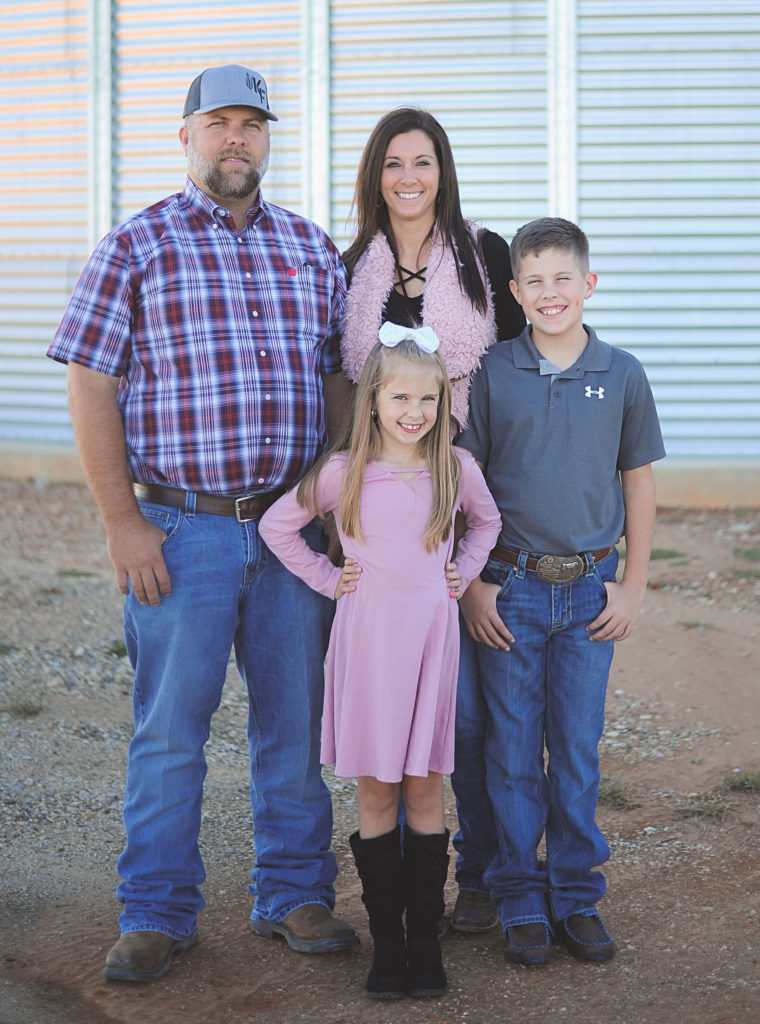 This post is to introduce you to Lindsay Kimbrell, her husband Todd and their family farm in Itasca, Texas as part of the Farmer Friday series I kicked off a while ago. Before you Google Itasca, it is south of Dallas along I-35.
Lindsay is the one  who keeps me up on what’s happening. She explains the family’s path by saying “My husband started with working on the family land and eventually found his own. He was 18 and rented some land that had been in conservation for years so he had a lot of work to get it ready for crops.”
Todd’s a fifth generation farmer and Lindsay admits he’s really helped her grow her depth of understanding. “I’d say it’s in his genes and his grandfather had a love for farming so was able to provide some good words on a hard day to get him through.”
The Kimbrell’s have been growing grain for the most part but this year seemed a good one to try cotton. “We grew a little bit of cotton back in 2011, which was our first go at it personally. It had been grown before by my husband’s grandpa, but that was many years ago. We recently just rented some land that is great for cotton, so we tried again this spring.”

Texas is broken into several different agricultural regions. And the area where the Kimbrells farm is called The Blacklands. “Our area is very high in farm land,” she explains. “This is called the ‘Blacklands’ because our soil is black and very good for growing. It’s a sort of sweet spot in this area.” 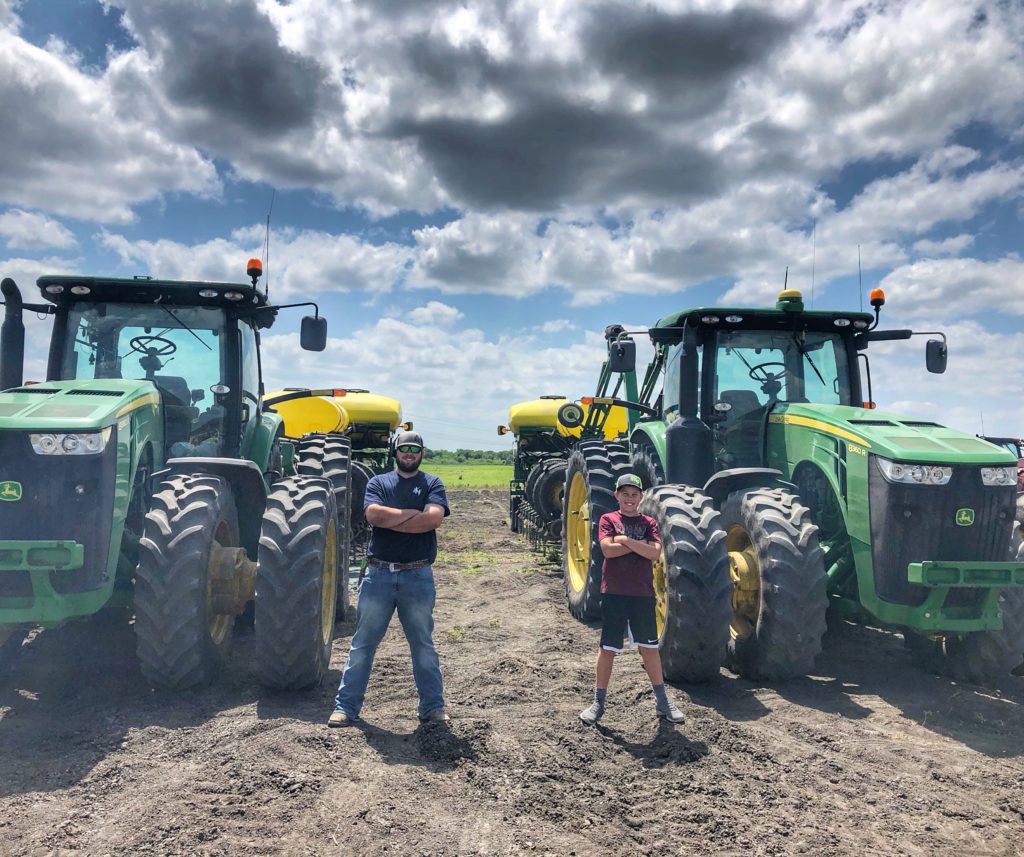 Lindsay says she can’t help but hope grandpa would be really proud of the work they have done and the way the farm has grown. She says part of that has been the knowledge of soils and data.
“Technology is a huge part in our operation,” she says. “Todd is very particular about soil health, planting population and fertilization. He never wants to strip the soil of its health. We leave as much organic matter as we can after a crop. We use precision planting monitors and products to get accurate seed depth and spacing.”
All of this is done with an eye on the future too as they are “growing our operation so the next generation, meaning our children and little brother, can hopefully carry on the legacy.” 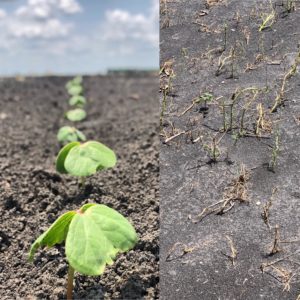 The Kimbrells were looking forward to a first cotton crop. Lindsay points to her love of t-shirts and you can see her enthusiasm for the future in that Instagram post.

Those plants though took a real beating from hail recently. “Unfortunately are first little cotton crop in years is hailed out,” Lindsay says and explains that the insurance process is in the works.
I can remember being surprised by a Dallas hailstorm a few years ago… my car definitely looked worse for the wear and tear. Well, with plants, that tears open the plant tissues. Leaves can be ripped off the plant and it is easy for diseases to get in, photosynthesis is really reduced, some plants are maimed while others are killed.
These are days farmers dread. All their hopes for a field’s reaching full potential fall coming to an end. Some of the other fields are doing better with other crops though. And Lindsay’s excitement for the future is still there. She’s decided to continue to follow through learning more about the process. “The local ginners and I have a great friendship and I plan to still come visit and watch the process and I plan to ask what cotton grown here gets used for!” 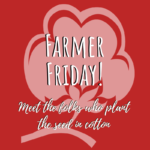 I hope like you feel you’ve gotton a chance to meet Lindsay, Todd and the rest of the Kimbrell family. They have entered the cotton farming world and it hasn’t worked out so far. But 2019 is being pretty hard on farmers regardless of crop with flooding, hail, unseasonably cold weather and more. In the Blacklands farmers worry they are too far past the planting window and further north on the High Plains, people are still contemplating planting for the first time. If you want to see how things get resolved for the Kimbrells, check out their social media. Here are their handles & URLs!

40 shares
« Farmers Have Been Soiling Their Undies. Here’s Why
Shopping for Cotton Just Got Easier! Cotton Inc Launches Shop Cotton on Amazon »

This blog is part of the communications efforts by JPlovesCOTTON LLC.
40 shares